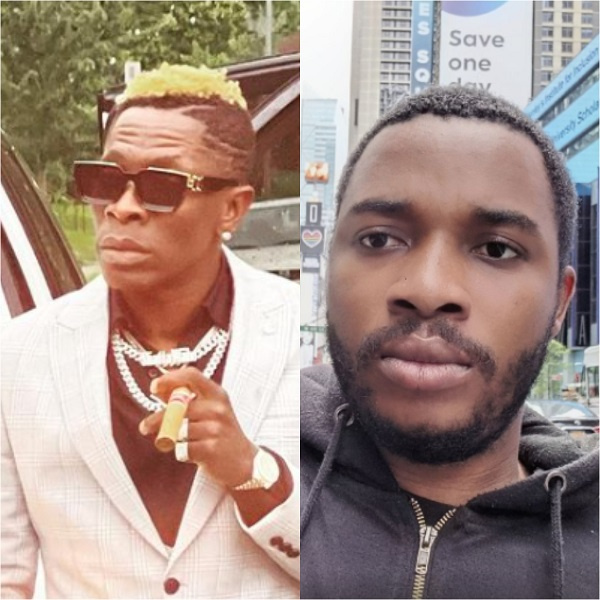 Highly-opinionated Ghanaian socialite, Twene Jonas has lashed out at Dancehall musician, Shatta Wale in a new video he posted on social media.

Twene Jonas while reacting to Shatta Wale’s verbal brawl with Nigerian Afrobeat icon, Burna Boy, scolded Shatta Wale to stop the unnecessary noise and a do a song that is good enough to win a Grammy award for Ghana.

He compared Shatta Wale to his colleagues including Burna Boy who are now Grammy award winners and blasted him for picking up fights that will amount to nothing and take him nowhere as far as his music is concerned.

As a reminder, Shatta Wale and Burna Boy have been going at each other on social media with the Nigerian musician threatening to beat up the Shatta Movement boss.