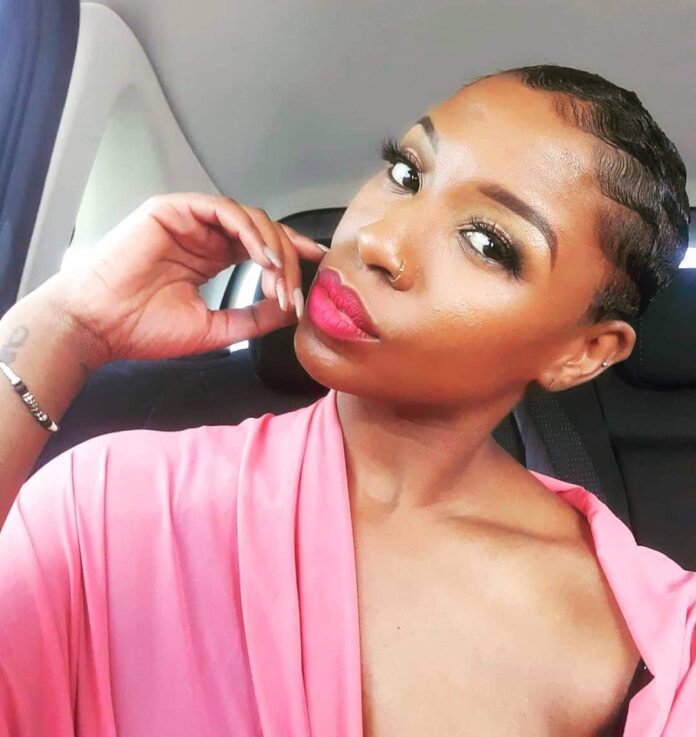 BUSISIWE LURAYI was discovered at her home on Sunday, and medical officials pronounced her dead, according to a statement released by her family on Monday.

Actress Dineo Langa shared on Twitter a statement that sadly announced her passing. “Busisiwe passed away suddenly and was pronounced dead at her residence on Sunday 10.7.2022 by medical personnel,” read the statement.

“We humbly request that you allow us as the family to come to terms with the tragic news. We thank you for the support that has been given so far and will provide further information as it has been made available,” continued the statement.

Her death’s causes are still being investigated. 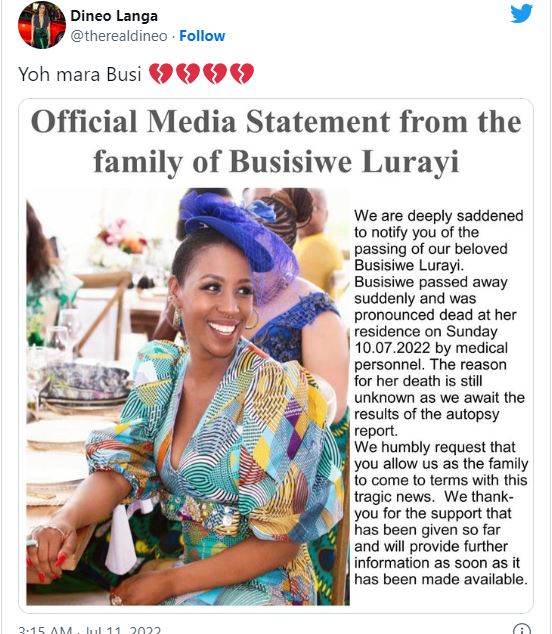 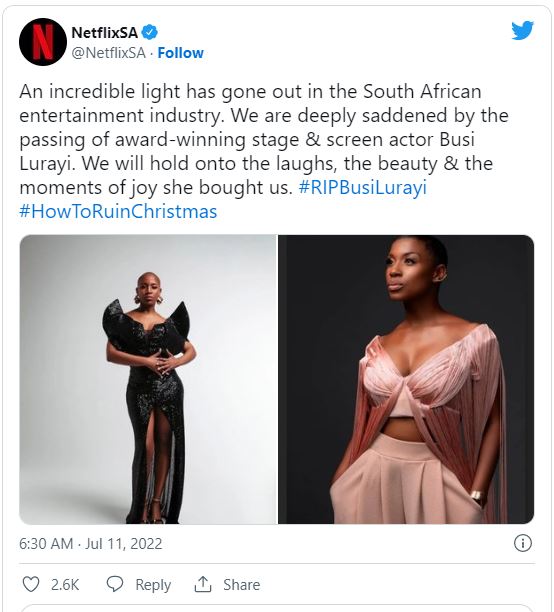