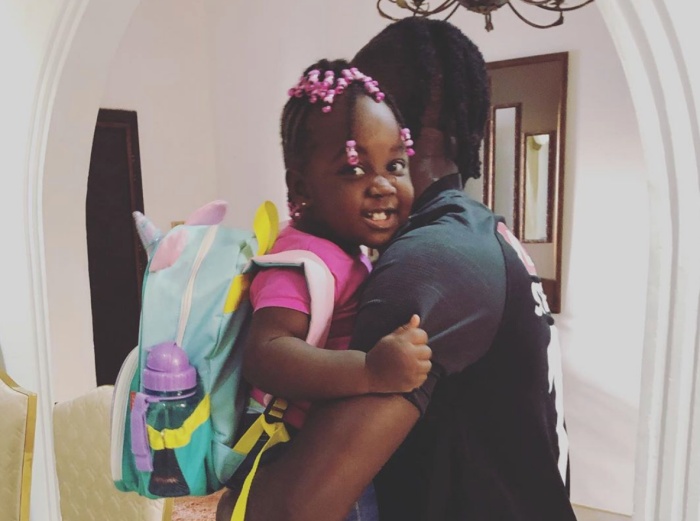 The funny and equally fascinating video saw the young lady try her best to replicate her father’s tongue-twisting song.

In the video that was posted on the IG page of Nkonkonsa.com, Jidula is heard trying to sing her father’s song word for word.

Jidula was seen standing in a part of a house which appeared like a living room while wearing what looked like a nightie.

The older voice believed to belong to Jidula’s mum, Louisa Satekla who was heard singing some parts of the song and trying to convince her daughter to also showcase her lyrical prowess an effort.

Before one could say ‘Jack’, Jidula had caught the drift and jumped right into the popular song and picked probably her favorite lines.

Her action was somewhat impressive and funny all at once considering the fact that she was still mastering how to talk.

The video which was shared on Jidula’s IG handle came with the caption:

“I’m still looking for the vaccine for the Putuu virus…”

Many fans and followers of Jidula reacted to the video with laughter and praise. Stonebwoy’s Putuu song has gained massive airplay in Ghana and is likely to become one of the most popular songs of the year.