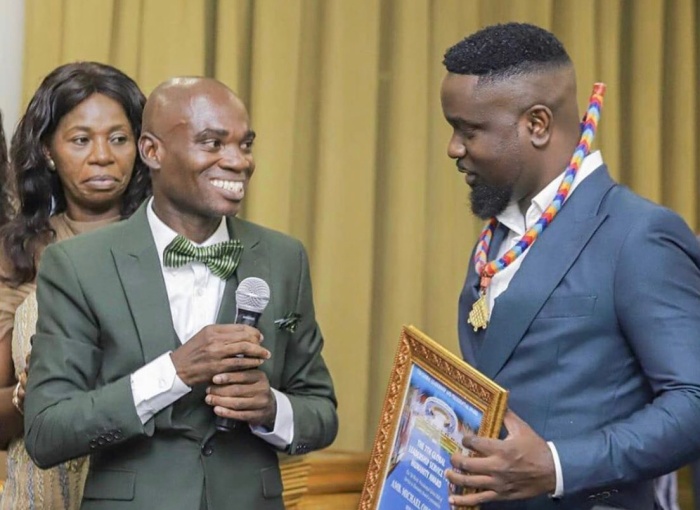 United Nations Ghana (UN), following the viral reports of an UN-themed award has issued an official press release and disclaimed any knowledge of Dr. Kwame Fordjour or his awards.
In the disclaimer sighted by Nkonkonsa.com, the world-acclaimed outfit indicated that its attention had been drawn to the award scheme purporting to be linked to the UN and the Kofi Annan Foundation.
The disclaimer stated categorically that the UN did not have anything to do with Dr Kwame Fordjour or his “Blueprint Global Challenge Awards”.
The disclaimer added that if the UN would hold any such awards, it would follow strict rules and be published on their official websites of the outfit.
The international outfit went on to add that in case anyone was doubting the authenticity of any UN-themed programme, checks from their official website would confirm its truth or otherwise.
Dr Kwame Fordjour appeared in many videos vouching for the authenticity of the UN awards scheme and claiming that he was indeed a representative of the organization.
The press release, however, has spelled out that the UN has absolutely nothing to do with him.
Dr Fordjour made headlines after he awarded top personalities in Ghana with citations and plaques for their contributions to society.
Among the awardees were Sarkodie, Berla Mundi, D-Black, Chairman Wontumi, Johnnie Hughes and Nathaniel Attoh, Alban Gbagbin, Apostle Kwadwo Safo Kantanka and many more.
Read the full statement below:
The attention of the United Nations in Ghana has been drawn to news reports of an award purported to be associated with the United Nations and the Kofi Annan Foundation.
The United Nations in Ghana wishes to state categorically that the United Nations (neither in Ghana or anywhere else) has no affiliation with the Blueprint Global Challenge Awards, nor with the organization (Blueprint Mission) or its personnel in any way, shape or form.The UN advises that all genuine UN notices follow strict rules and procedures and are announced/published on UN websites. We advise the general public to access genuine information by visiting the relevant UN agencies’ websites or the UN Ghana website (https://ghana.un.org/en).

The UN in Ghana remains committed to working with the Government of Ghana and its people to deliver on its mandate to achieve the Sustainable Development Goals and support Ghana attain its development objectives.