WHO IS CHECKING THE MEDIA? -LYDIA FORSON ASKS 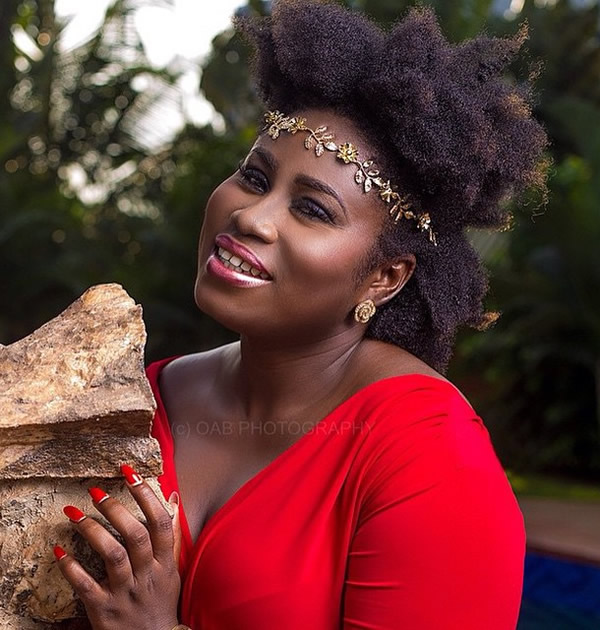 Ghanaian actress Lydia Forson is worried that Ghanaian media has been left unchecked all “In the name of press freedom”.

The “Perfect Picture” Actress In a recent post on her blog, thinks in the name of press freedom ,the media, especially in Ghana has been left unchecked.

Politicians don’t rule Ghana, the MEDIA does.They determine who is right or wrong,who we should love and hate,who we should vote for or vote against.
Increasingly the media in Ghana and all over the world, is taking over , and we’re all completely oblivious to it.

When they decide to push an agenda there’s nothing stopping them.

They get us talking about things we otherwise wouldn’t talk about.They get us believing things that may not even be true. And they have the power to run this country down or change its course.

We’ve all become puppets in their circus. Sadly no one can talk about this without being accused of treading on their rights.But doesn’t a right come with some form of RESPONSIBILITY?

I think in the name of press freedom ,the media, especially in Ghana has been left unchecked. Any attempt to call them out and they go on a defensive campaign. Which you will most likely lose, because they have a lot of “power”,remember that.

Now some may argue that a lot of these people calling themselves journalist (especially bloggers) aren’t qualified because they’ve not had any form of training.

But that’s like saying I’m not qualified to be an actress because I haven’t been to film school. Some professions don’t require you to have a certificate to practice, although it is encouraged.

However if you’re going to claim something you should at least live by the code of ethics that come with the title.

And that’s where the problem is, because how many of them even know these rules that govern the profession? And even if they do, who’s going to make them abide by them?

Last year an alleged rape victim’s name was circulated by many media outlets, I read in shock as a well known broadcaster tweeted the lady’s name.

Only yesterday I read as several sites reported of a video showing a politician being chased out of a community. Later for us to find out it wasn’t even in Ghana this happened. Will they retract and apologize for it? I’m yet to see.

Its an election year, and probably the reason why I’m passionate about this. Because if care isn’t taken, the whole country can easily be thrown into chaos.

So many blogs have sprung up as satarical sites, and although I’m all for a little humour, I’m also smart enough to understand the country I’m in and it’s people. And I would expect that a good journalist should always know his audience.

In a country where the word satire is even foreign to a lot of people, one should be smart enough to know that many will miss the points being raised.

And although the writers can’t be faulted for people’s lack of understanding, it is also their responsibility to know that because of that if care isn’t taken, depending on what they write could easily spark a fire.

So if you knowingly write a piece directed to an audience you’re aware will not understand the humour in it, and it inadvertently starts a fights a, shouldn’t you be held accountable to an extend?

Do you think journalist have been following theses codes?

And if they don’t, who and how do we keep them in check?

Note: I’m not in any way suggesting that press freedom should be limited, especially when so many people have lost their lives by fighting for this, however it will be disappointing and a shame to the memory of those lost in the battle for free press if the liberties aren’t used for what it was intended.