“YOU CAN DO PROPAGANDA WITH THE ECONOMY, BUT PEOPLE’S LIVES WILL EXPOSE YOU”– Mahama Drags Bawumia

Mahama labelled Bawumia a dishonest man who has drifted away from addressing the real issues affecting the nations economy and described the rhetorics about the economy projected by the government as propaganda that will be exposed by the quality of life the citizenry enjoy.

Turning the famous quote of Vice President Bawumia around: “If the fundamentals are weak the exchange rate will expose you”, Mahama said, “You can do propaganda with the economy, but people’s lives will expose you.”

Mahama took a swipe at VEEP Baumia by describing him as a dishonest man who has moved away from tackling the real issues confronting the economy.

According to Mahama, Bawumia should not lose touch with the fact that his propagandist defensive approach to the economy will be exposed by the people feeling it on the ground.

Mahama went ahead to described Bawumia’s constant defending of the economy as dishonesty and laughable especially when the economy they promised is yet to be materialized.

“The dishonesty is so glaring that sometimes it is laughable. You can do propaganda with the economy, but people’s lives will expose you.”

Previous IF YOU CAN’T LICK ME FOR 30MINS, IT IS OVER BETWEEN US – Songstress, Akiyana To Men (+ Video
Next I CAN REVIVE THE KOMENDA SUGAR FACTORY IF I’M GIVEN THE MANDATE – John Dumelo 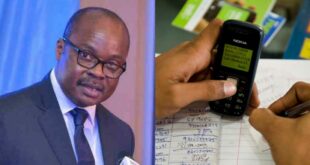 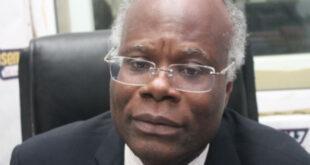