Yvonne’s daughter, who has been named from the initials of her parents’ names “Robert Yvonne Nelson” making RYN, has been a darling girl on the Instagram, with her photos and videos attracting a lot of admiration from fans.

However, the sad news to fans of Ryn is that she is no more on Instagram as her account appears to have been either deleted or deactivated with no exact reason known yet. Photos of the popular actress’ daughter aren’t on her mother’s page too.

This strange development occurred after veteran broadcaster, Nana Aba Anamoah, shared a post to mock how some mothers hide behind social media accounts of their children to send sweet messages to themselves.

Something Nana Aba’s post described as “a form of mental illness” and she captioned it saying that “This one will hit some dry bones”. 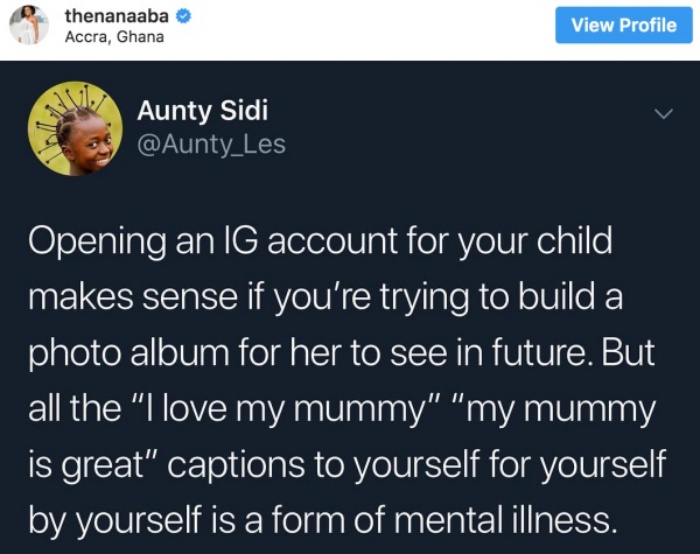 Though posts hasn’t been seen with captions on Ryn’s page, gushing over her mum, we can’t confirm that her account’s disappearance has anything to directly do with Nana Aba’s shade.

Nevertheless, it’s strange her account is gone missing and there’s not even one photo of her on her mother’s page too. Is there something we are missing as to why Ryn’s Instagram is no more? Is she tired of growing up in everyone’s face already?

Well, well maybe Ryn just wants a very private life now but you see screenshots below and tell us what you think.