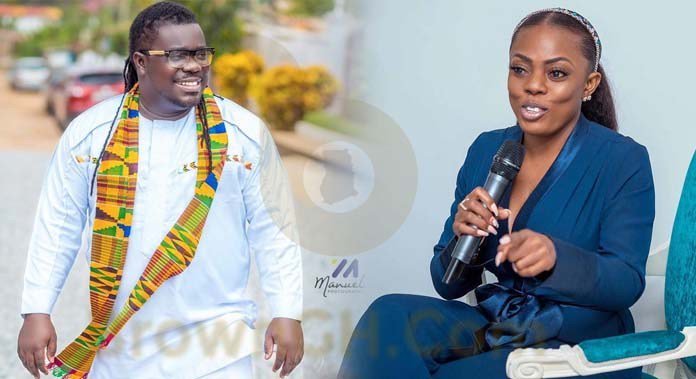 Celebrated Ghanaian journalist, Nana Aba Anamoah has taken a troll to the cleaners after the troll criticized Obour over his weight gain.

This comes after Nana Aba Anamoah took to her Facebook to congratulate Obour born Bice Osei Kuffour on his new appointment by President Akufo Addo.

Obour was appointed the acting MD of Ghana Post and Nana Aba Anamoah posted a photo of him to congratulate him then a tweep reacting to that criticized him for gaining weight.

According to the tweep, Obour even couldn’t stick to a weight loss program and he has gained so much weight claiming he too would want GP to grow and Nana Aba Anamoah didn’t take I lightly on him with the reply.

She insulted the tweep telling him it’s not okay to sound stupid about someone’s weight asking him to borrow sense from someone since it’s obvious he’s senseless and some other tweeps didn’t take it lightly on the guy at all. 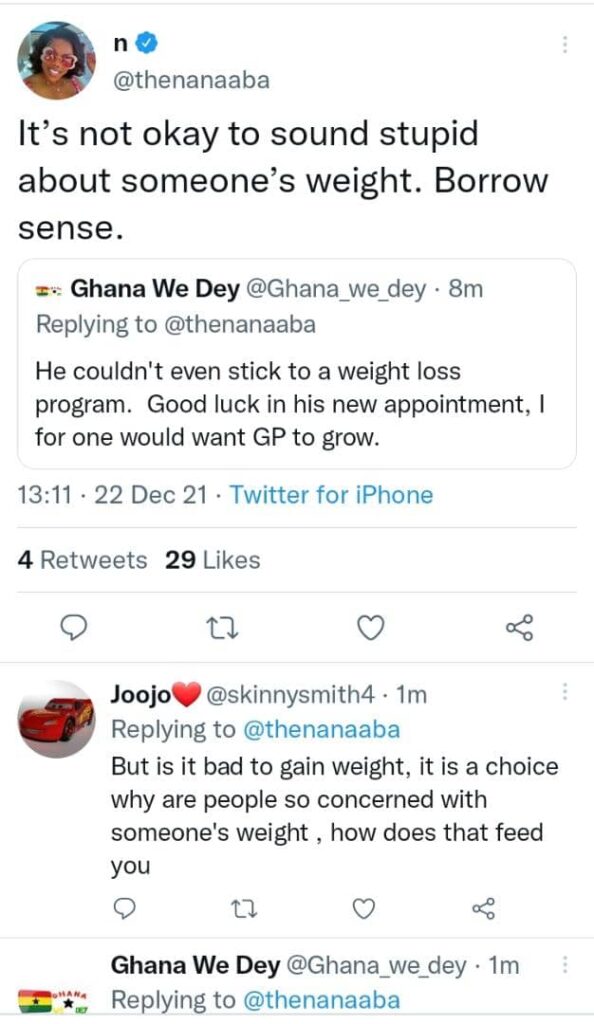 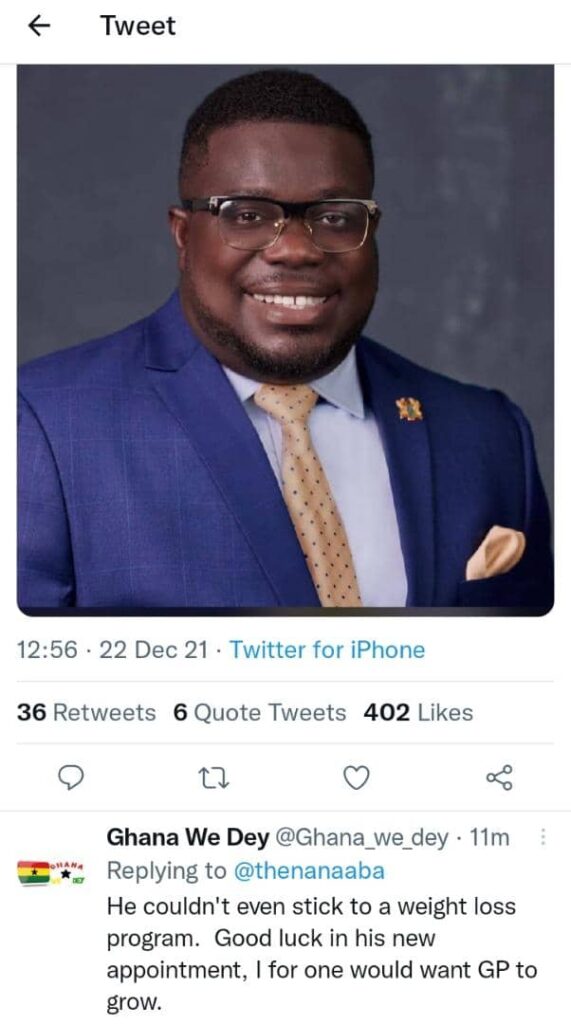