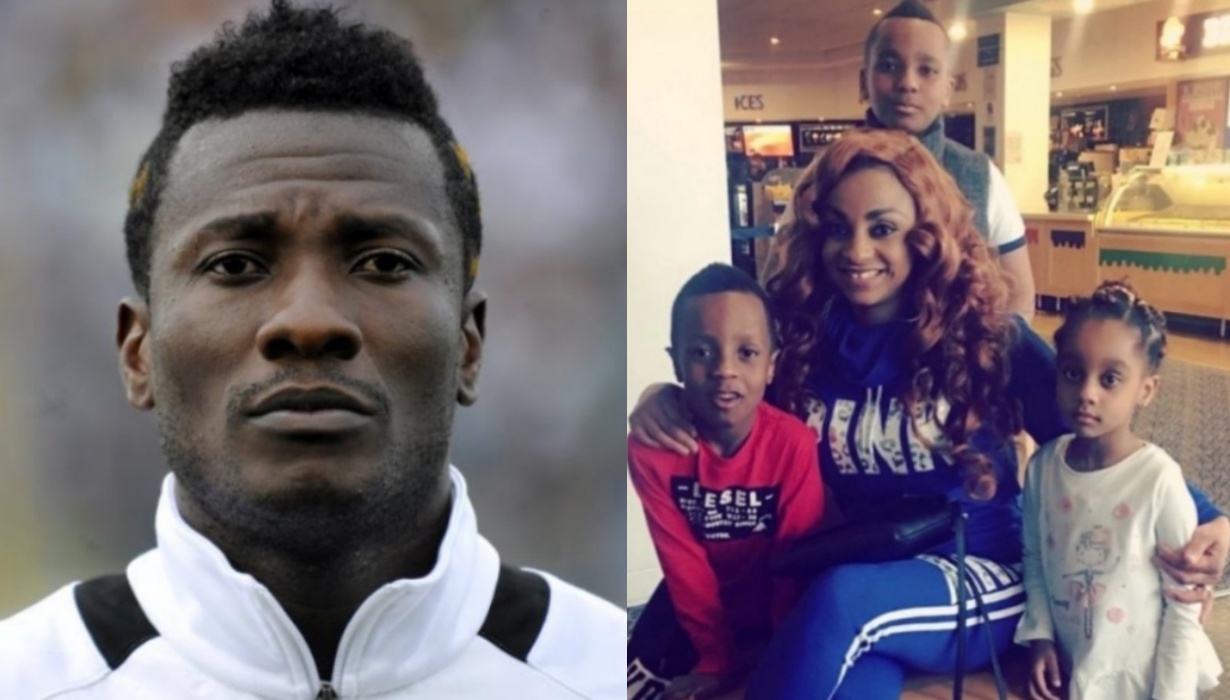 DNA results has revealed that Black Stars Captain, Asamoah Gyan, is indeed the biological father of his three children after a paternity test was conducted.

The footballer, after filing for divorce from his wife, Gifty Gyan, late last year allegedly denied fathering their three children and demanded a DNA test to be carried out on all three to ascertain if he is the father of the children.

However a reliable source according to Ghanaweb.com has confirmed that the DNA results turned out positive hence all three children are baby jet’s kids.

Ghanaian footballer and captain of the Ghana Black Stars, Asamoah Gyan allegedly filed for divorce from his wife, Gifty Gyan, at the Divorce and Matrimonial Division of the High Court, Accra.

Gyan later admitted that his marriage is on the rocks but clarified that the process that is ongoing at the Accra High Court is not a petition for divorce but an annulment process.

The footballer has also denied fathering their three children and demanded a DNA test to be carried out on all three to ascertain if he is the father of the children.

A statement signed by his Lawyer Mr Edwin Kusi Appiah on November 2, 2018 said, “Our client has noted the level of misinformation as well as the veiled and sometimes open attempt to discredit him, his family and or his friends and therefore we write for and on behalf of Mr Asamoah Gyan on matters that have come to his attention because they have been largely publicised and talked about within the media space across the country.”

Asamoah Gyan has reportedly refused to talk to Gifty or the three children since August 2018 when he filed for annulment in court. Already, it has been revealed that Asamoah Gyan only saw his children 2 or 3 times every year, when he visited them to take pictures to post on his social media or on their birthdays which he seldom made time for.

He also visited his children and wife with a huge entourage every-time, making it impossible for the nuclear family to have quality time together which also contributed to the strain between the couple.

Gyan and his wife Gifty have not seen eye to eye in the last few months, but the desire of the Black Stars captain to officially terminate the five-year marriage is a clear indication that their differences have now become irreconcilable.

Baby Jet and Gifty have been together since 2003 and got married in 2013 after their second child was born.

Gifty welcomed the decision by Baffuor Gyan to subject her children to DNA test to establish if indeed his brother is their father. Although she was unhappy about what a DNA controversy will become an insult for her kids, she insisted that the DNA test will vindicate her.