FELLA MAKAFUI’S FATHER DEAD AND BURIED WITHOUT HER KNOWLEDGE

Actress and entrepreneur, Fella Makafui has lost her dad and sadly she didn’t have the opportunity to show daddy her last respect before he was buried.

The “YOLO” actress her biological father died on Monday, May 20, 2019, and according to her, he was buried without her knowledge ─ a clear indication that she wasn’t in talking terms with her dad when he was alive.

From her posts on Insta-stories, even though she shouldn’t have been sad because she never got that fatherly love she needed from her dad.

The actress revealed that at some point in her life she wanted to sue her biological father for causing her to go through a lot of pain with her mother. However, she added that she has rather regret for not patching up with him before his death. 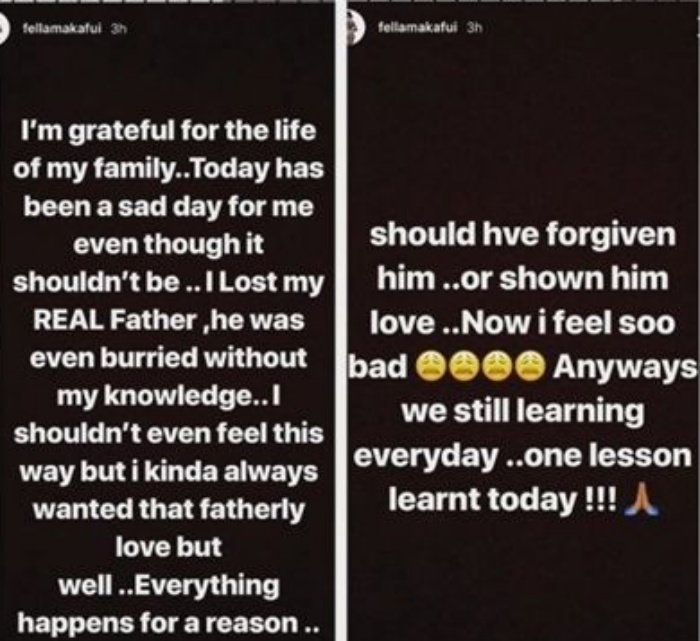 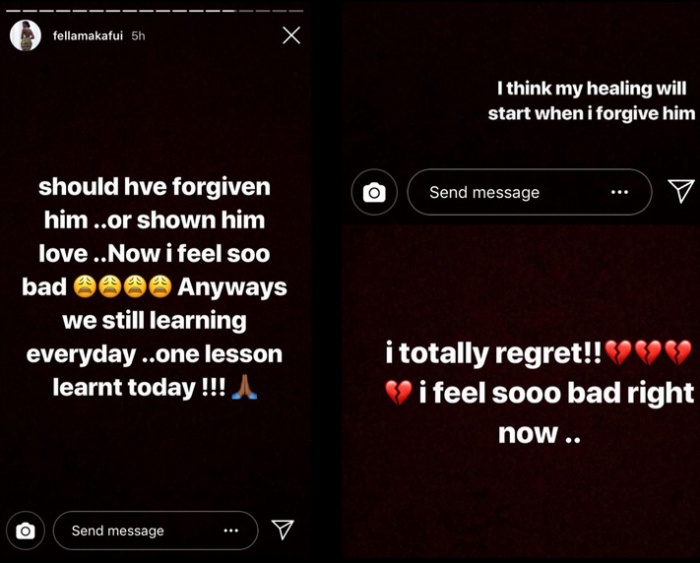