Ghanaian rapper,  Sarkodie has reacted to video which was on social media of a 50-year-old farmer rapping one of his old lines without any blunder.

In the video the farmer was seen rapping one of his old songs ‘ politics’ which he released in 2016, and even Sarkodie who is the owner of the track admitted that he has forgotten some of the lines in the song so he was surprised when he saw the farmer singing the lyrics line by line even in a different dimension.

However, the CEO of Sackcess music has said he wants to meet this old man and give him a gift as well.

“I can’t even remember these lines back to back I’m touched … if someone can link me to this man I want to give him a gift … Bless him,” he wrote.

see his statement below;

Previous WHAT OWUSU BEMPAH DID TO ME WHEN HE APPEARED IN MY DREAM – Bibi Bright
Next ‘2024 ELECTIONS WILL BE DO OR DIE AFFAIR AT POLLING STATIONS’ – Former President, John Mahama 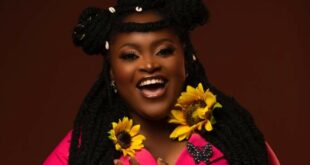