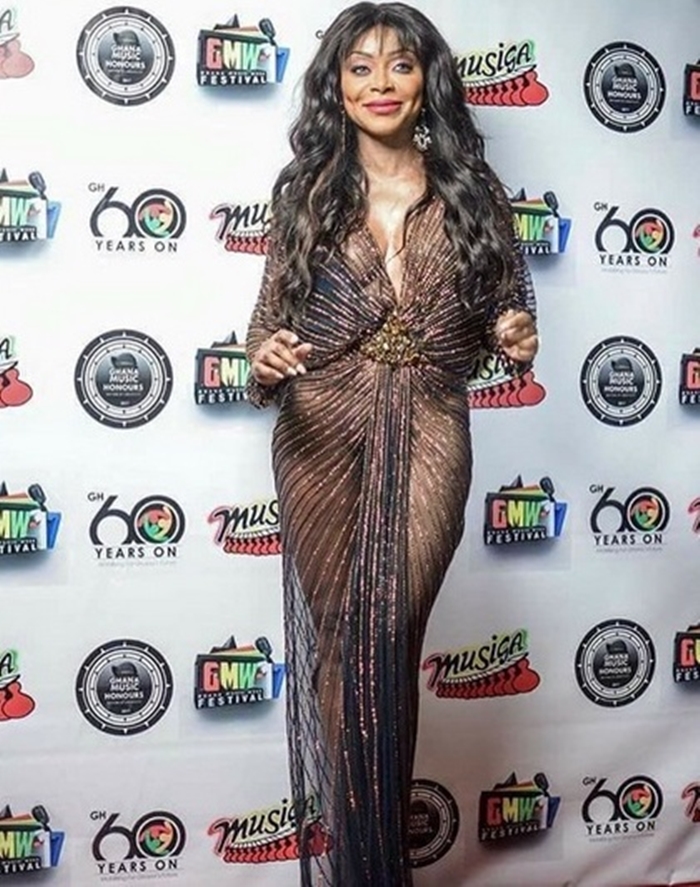 Jazz Singer and Songwriter Stephanie Benson who has being trending on social media with a daring dress she wore to a MUSIGA event over the weekend, has spoken.

Stephanie Benson known in real life as Princess Akua Ohenewaa Asieanem of Kokobin was captured wearing a see-through gown supposedly without an underwear beneath.

Speaking on Hitz FM this morning, Stephanie expressed shock why people are making a big deal out of a mere dress she wore for an awards event. She said she sees absolutely nothing wrong with her dress because she loved every bit of it adding that her husband approved it.

“It wasn’t a naked dress! It is a very beautiful dress that I love and my husband love it. I love dressing up and I love every kind of outfit”.

Asked whether she wore an underwear beneath her dress, the Singer said  “Whether I was wearing an underwear or not, should matter”

According Stephanie she had four different dresses to choose from and her husband chose this one.

“I had like four different dresses that I was considering and my husband chose that one. I took a picture and sent it to him and he said Oh Yes wear that one”. Benson said her husband couldn’t attend the event with her because he is currently in London.

Stephanie Benson was one of the many dignitaries who graced the red carpet at the MUSIGA Honours and caught everyone’s attention immediately she arrived with her sense of fashion.
The Singer presented an award to MzVee at the event held at the National Theatre on Saturday March 4, 2017. 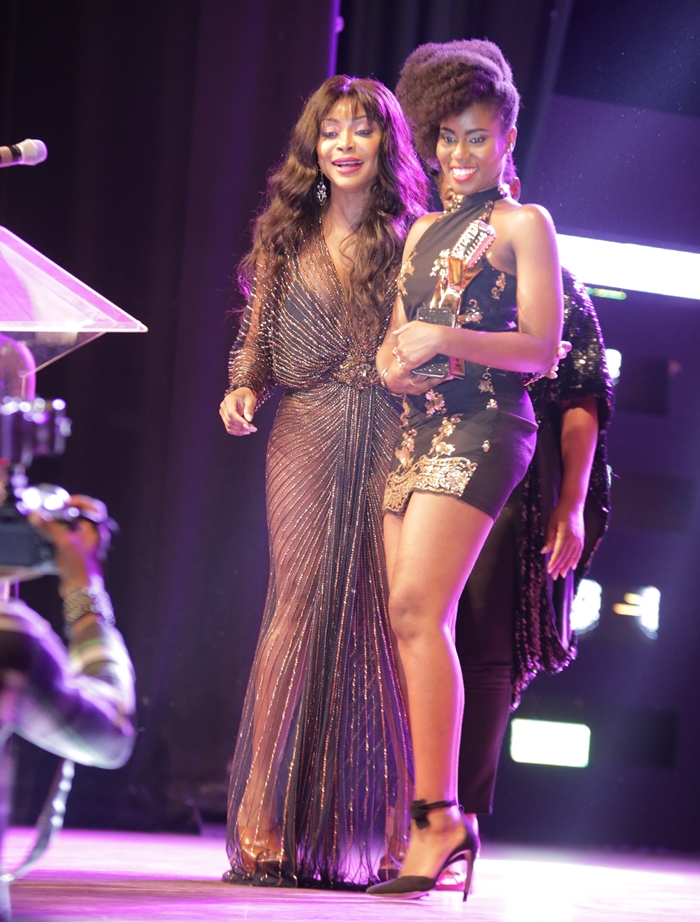 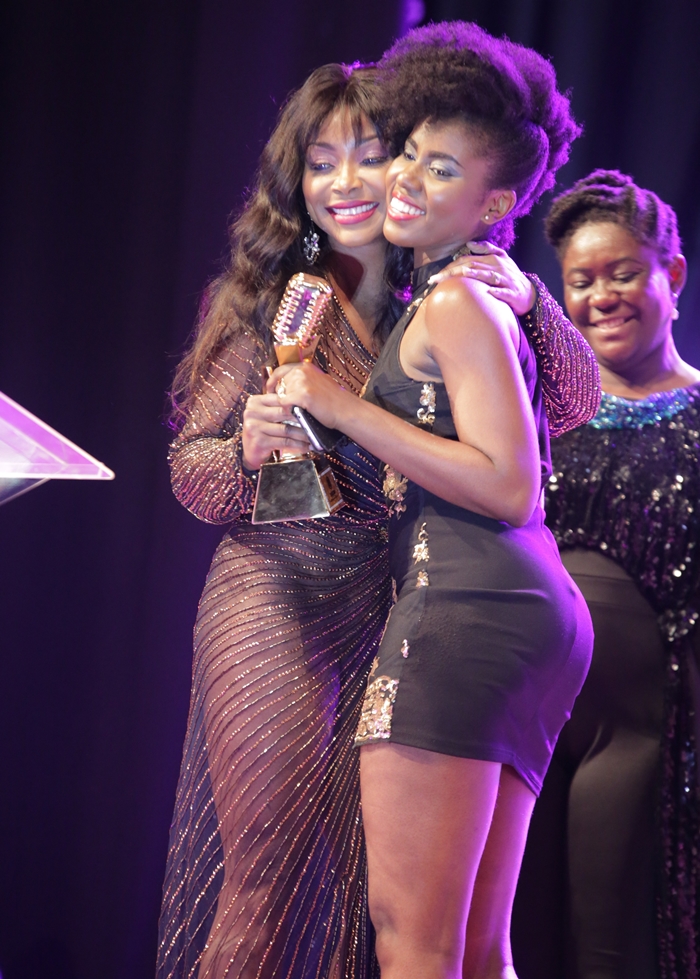 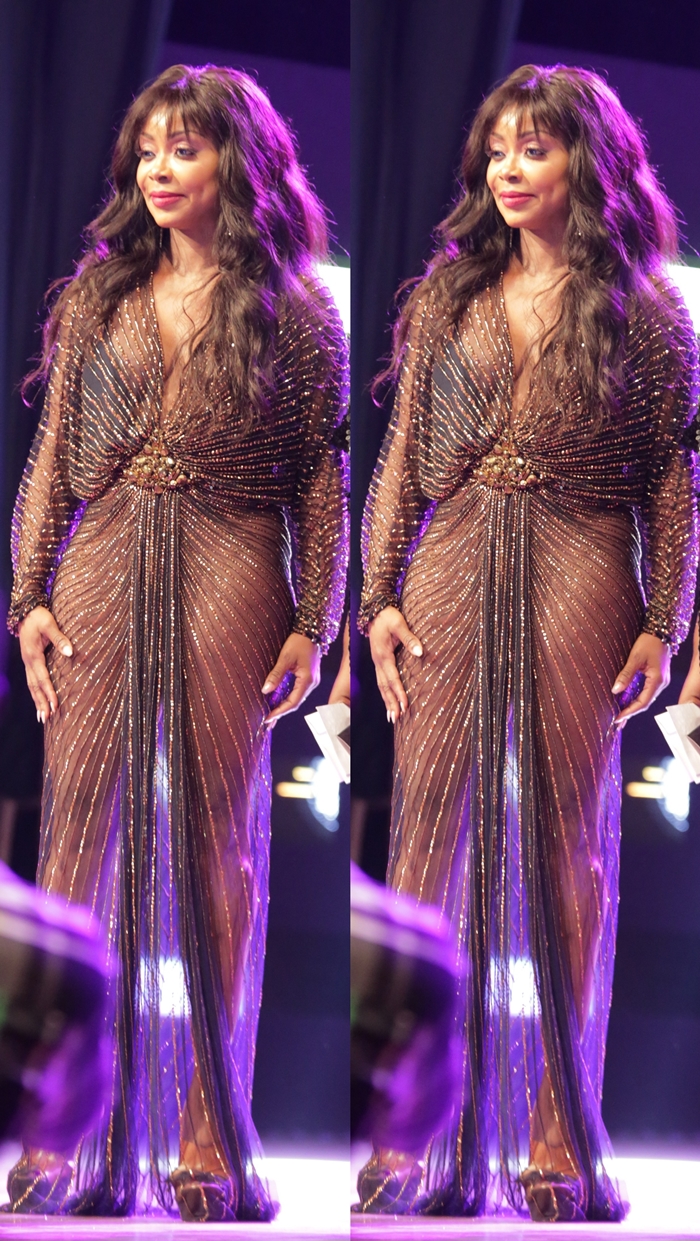