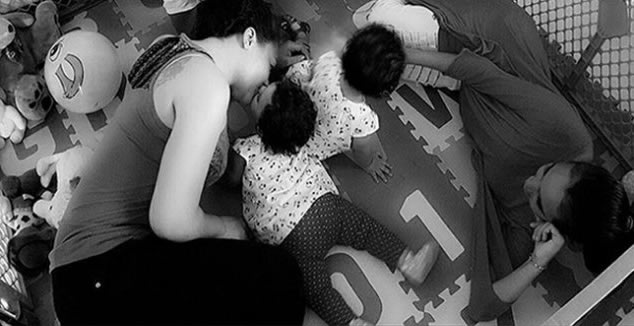 Beautiful Ghanaian actress Nadia Buari has shared a photograph of her twins – both girls – ten months after they were born.

The actress delivered the twins in the United States and after teasing her fans and the media, she has finally shown full images of her kids.

Since Saturday February 28, 2015 when Nadia reportedly delivered her set of twins, she has been sending teasing pictures of her twin girls. She started with some parts of their body especially their hands and legs, then pictures of them in a car with their backs facing the camera and now she has released a full image of one of her twins even though the baby girl’s face was still hidden.

Few hours ago Nadia shared a playful picture on Instagram showing her two cute girls playing with their mother and another person.

Nadia posted the picture with the simple caption “*H.E.A.V.E.N*”

EVERYBODY MUST VISIT THE MORTUARY TO LEARN HUMILITY – Morris Babyface