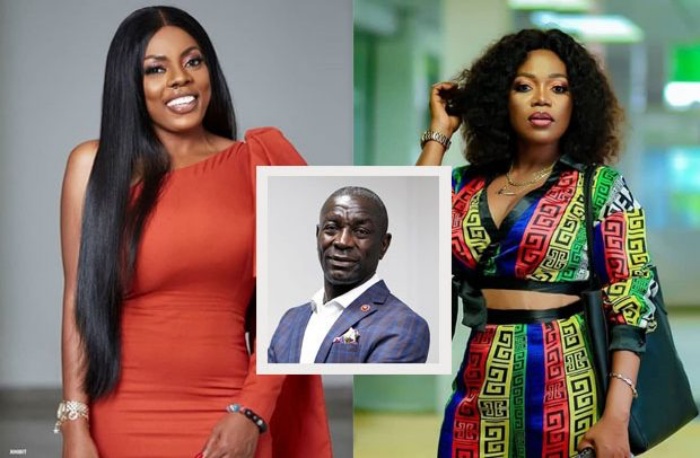 Mzbel has alleged that broadcast journalist Nana Aba Anamoah “hates” her—and the reason is that she (Mzbel) snatched former UT Bank boss, Kofi Amoabeng, from her.

Speaking on Kantanka TV on Tuesday, she, however, denied the snatching claims, indicating that Nana Aba and Amoabeng’s relationship ended long before she dated him.

She added that she didn’t know “they dated” when she started dating him.

“They dated long before I even came into the picture. I was never friends with Nana Aba. She was never my friend until me and Kofi started going out and then one time she invited me on her show. After the show when I was going home, she sent me a BBM to say we have a common friend and I asked who and she said Kofi. And I said oh OK. I didn’t even know they dated until later. And up till date, she hates me because of that,” she alleged.

It has always been a public secret that the two showbiz personalities ‘have had a thing’ with the former UT boss. However, none of them has really opened up about it.

Mzbel was, however, talking about Nana Aba and Kofi Amoabeng for the first time on a show hosted by one Mona Gucci, who had earlier made derogatory remarks about Nana Aba on Neat FM. The station at the time apologised to Nana Aba, who threatened to sue Neat FM.