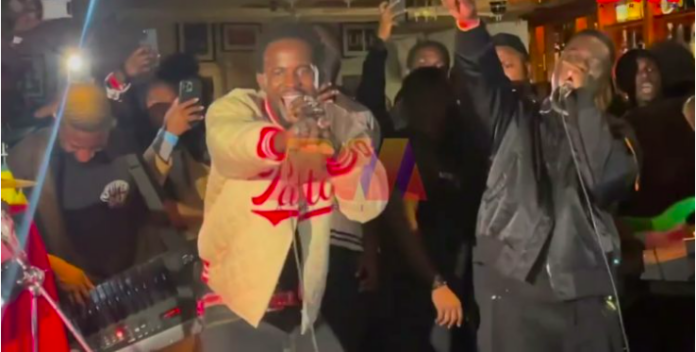 Sarkodie, a Ghanaian rap singer, presented his current album Jamz closer to his fans in London on Tuesday, November 22, 2022, during an event hosted at Cafe KOKO.

The artist played a handful of songs from the record during an album release party.

Country Side, a huge single featuring the new music phenomenon Black Sherif, stood notable among them.

To the pleasure of the assembled fans, the two performed the track under discussion to the satisfaction of music enthusiasts.