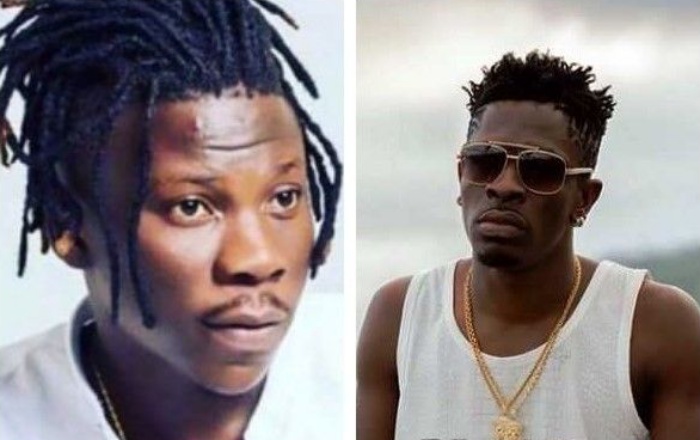 Two rival reggae dancehall artistes Livingstone Etse Satekla, known in showbiz as Stonebwoy, and his archrival Charles Nii Armah Mensah Jr., aka Shatta Wale, have been stripped of the awards received at the 20th edition of the Vodafone Ghana Music Awards (VGMA), by organisers of the event, Charterhouse.

The two artistes have also been asked to “return all plaques in their possession to Charterhouse effective immediately.”

The claim by Shatta and Stonebwoy for dancehall supremacy in the country has festered on for years creating enmity between the two artistes and their followers.

The rivalry between the two hit the roof in the wee hours of Sunday causing Stonebwoy to pull out a handgun on stage.

There was near-pandemonium at this year’s music awards after Stonebwoy had just been declared winner of the 2019 Reggae and Dancehall Artiste of the Year, and was on stage to receive his award. His presentation was rudely interrupted by Shatta Wale and his multitude of fans who decided to mount the stage with him in what some perceived to be in a confrontational manner leading to the scuffle.

But for the intervention of the security at the auditorium who managed to quell the tension and bring the situation under control, the scuffle could have turned bloody.

The VGMA Board’s decision announced this morning at a press conference, also indicated that “the two top honours of the night, i.e Most Popular Song of the Year and Artiste of the Year, have for the 20th Edition of the VGMAs been annulled.”

Additionally, the board also “banned indefinetely from participating in the nominations, selections and performances at the Vodafone Ghana Music Awards scheme”.’

‘I Will Not Be Part’

Meanwhile, Shatta Wale who’s currently in court over his fight with arch-rival Stonebwoy during the 20th anniversary of the VGMA took to his official Instagram page a few hours before the Charterhouse announcement, to opt out of future Ghana Music Awards.

“Upon sober reflections of events in recent times and having made broader consultations, I wish to announce that I will not be part of the Ghana Music Awards scheme going forward. God bless!”