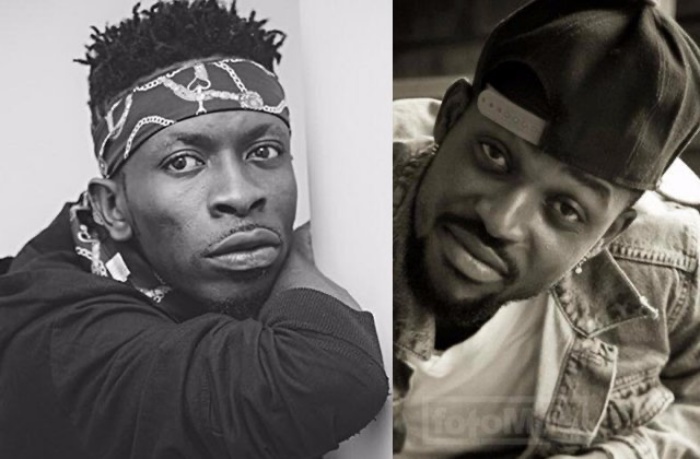 Ghanaian rapper and CEO of Uptown Energy Records, Yaa Pono has reached to his rival and Dancehall singer, Shatta Wale inviting him for a pound of beef.

You would recall that Yaa Pono and Shatta Wale had a fierce lyrical battle several years ago when they released diss songs against each other for obvious reasons.

After giving Shatta Wale a career threatening jab with his song, ‘Gbee Naabu’ Ponobiom as he is affectionately called has re-ignited his feud with Shatta Wale and wants to use him as his punching bag once again.

According to the ‘Obia wone master’ hitmaker in a recent tweet, the music industry is quiet and he would like to ‘shake Shatta Wale’ with another diss song to him.

For reasons best known to himself, Shatta deleted the tweet shortly after posting it.

Yaa Pono after observing Shatta’s timeline and noticing that his tweet no longer existed attacked the dancehall artiste and labeled him a coward.

Also, to tackle Shatta’s claim that he (Yaa Pono) is an underground artiste, he ridiculed the dancehall artist saying that before his fame, he remained underground for 19 years.

“Tweet am again. Double jon. Wat I tweet wasn’t insult. 4ple jon,, u have the longest underground roll in Ghana history 19 years minus my 6 years go fit born tutulapato.. #gbee,, me di agro wo be gyimi,” he wrote

Meanwhile, some social media users are of the view that the ‘Amen’ hitmaker is seeking attention to resurrecting his ‘limping career’ by riding on the popularity of Shatta Wale through a staged beef.