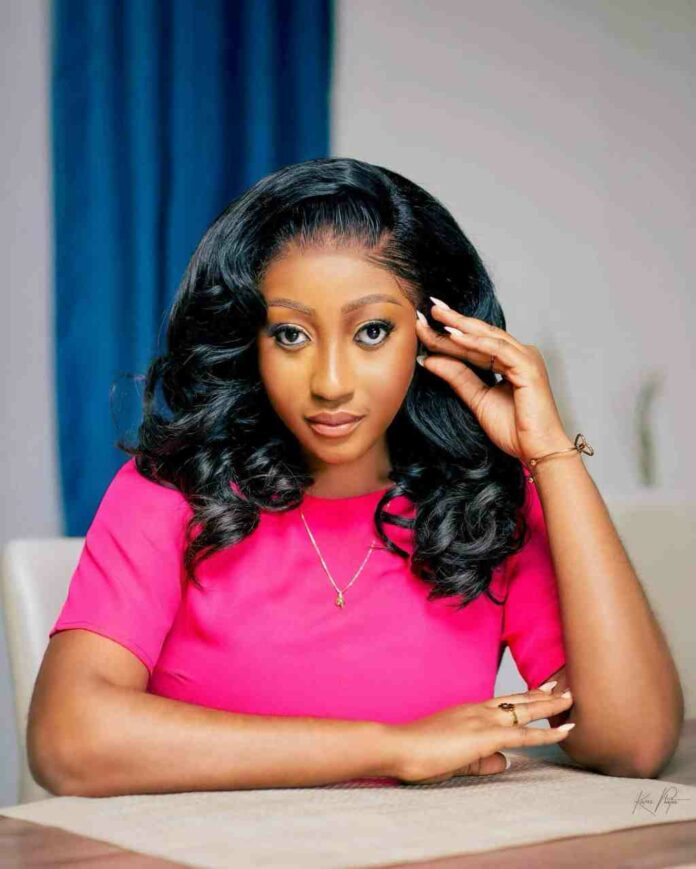 Ghanaian media personality, and co-host of Date Rush show on TV3, Anita Akua Akuffo has disclosed how she used to be insecure about a certain part of her body for years.

In a recent post on her Twitter page, the bubbly TV presenter disclosed how having big eyes got her several nick names while in school.

She explained how some of her classmates used to refer to her eyes as “sexy don don / aportro” just because of how big they were.

This made her insecure and made it difficult for her to maintain eye contact anytime she had conversations with people.

But today, she has come to love her beautiful eyes especially as it literally pierces your soul when you stare into them for too long.

Growing up, I didn’t really like my eyes🙈
If anyone told me they would become my favorite feature, I wouldn’t have believed it.
Just look at me flaunting them every time now🥰 pic.twitter.com/oQIMhaZWhW