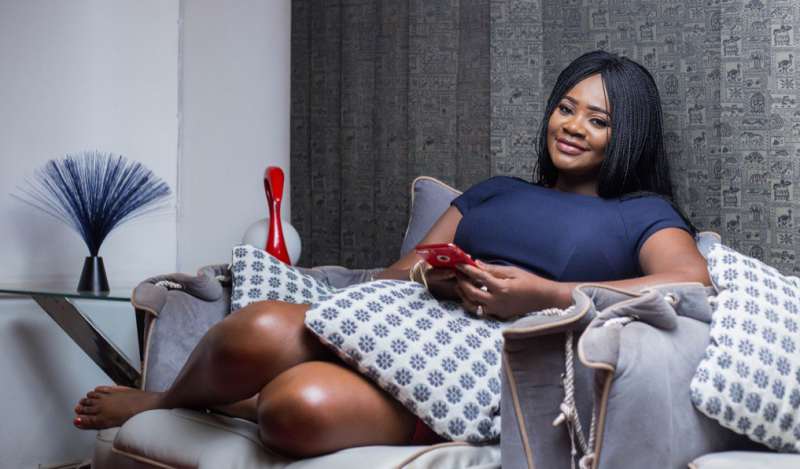 “We are and have been so selfish, I’ve been around for a while. It may not be long enough but I have seen and experienced many things that are so odd. If we change, we will have a better day if not ‘Ye be br3’ [we will suffer]”.

“I believe products or brands compliments each other. A lot of actors do not promote a movie if they do not star in it. Some who even star in the movie do not promote it.

“But the thing is if we all promote it and maybe I break even in the next production, I will pay my actors well but when you don’t support we all lose because it a chain reaction,” she lamented.

The actress who doubles as a producer also told Joy News’ MzGee, her colleagues cannot be bothered by the effect of their selfishness and disunity in the movie industry.

“They can’t be bothered and it is affecting us all that is why a Ghanaian company can endorse a foreign actor and flaunt them in our faces because they know we are not united,” she said.

The actress said “People say, you didn’t invite me to your movie premiere, really? You need an invite? Is it a party? You want an invitation to support your own industry but you go to the music awards?

“…it’s a shame. Ticket are being sold, it is also another means of support” the ‘Other Monday’ producer added.

She said that some of the movie industry folks will prefer to promote foreign movies and its players over what is theirs.

Kafui and Yvonne Okoro ignored each other at the recently held women of honour awards. Their act confirms rumour the industry is loaded with cliques.

Though the actress admitted she and Yvonne did not exchange pleasantries, she denied belonging to a clique.

“I don’t know about cliques. All I know is I didn’t say hello, she could have also said hello. Here we are at a women of honour program and here we are always shouting on top of our voices and preaching about women supporting women on our social media platforms but we can’t even say a simple hello to each other. I’m at fault and I don’t even know why I didn’t say hello to her there is no support and it breaks my heart, it’s so terrible”.

Asked what she made of the recent circulation of nude photographs of her colleague Christabel Ekeh, Kafui questions the loyalty of friends.