Girls Trip 2, the eagerly anticipated follow-up to the critically acclaimed Girls Trip, will finally be released.

According to writer-producer Tracy Oliver, the sequel will find the girls reuniting for another enjoyable holiday; this time, Ghana in West Africa will serve as the destination.

Oliver shared this happy information while promoting the upcoming second season of her comedy series Harlem on Prime Video, which will premiere on the streaming service next month. The Sundance Film Festival is now taking place.

Speaking to Variety Studio presented by Audible, Oliver revealed she had a “definitive ‘Girls Trip 2’ update” before going on to confirm that the sequel is “officially happening. I can say that.” The First Wives Club writer also noted that the all-star cast from the original film will all be back for the sequel before further divulging a key plot detail adding; “No one else knows this, Will Packer (original film’s producer) might kill me, but we’re looking to set it in Ghana.”

A Twitter influencer, Pop Crave confirmed this on the micro-blogging platform. 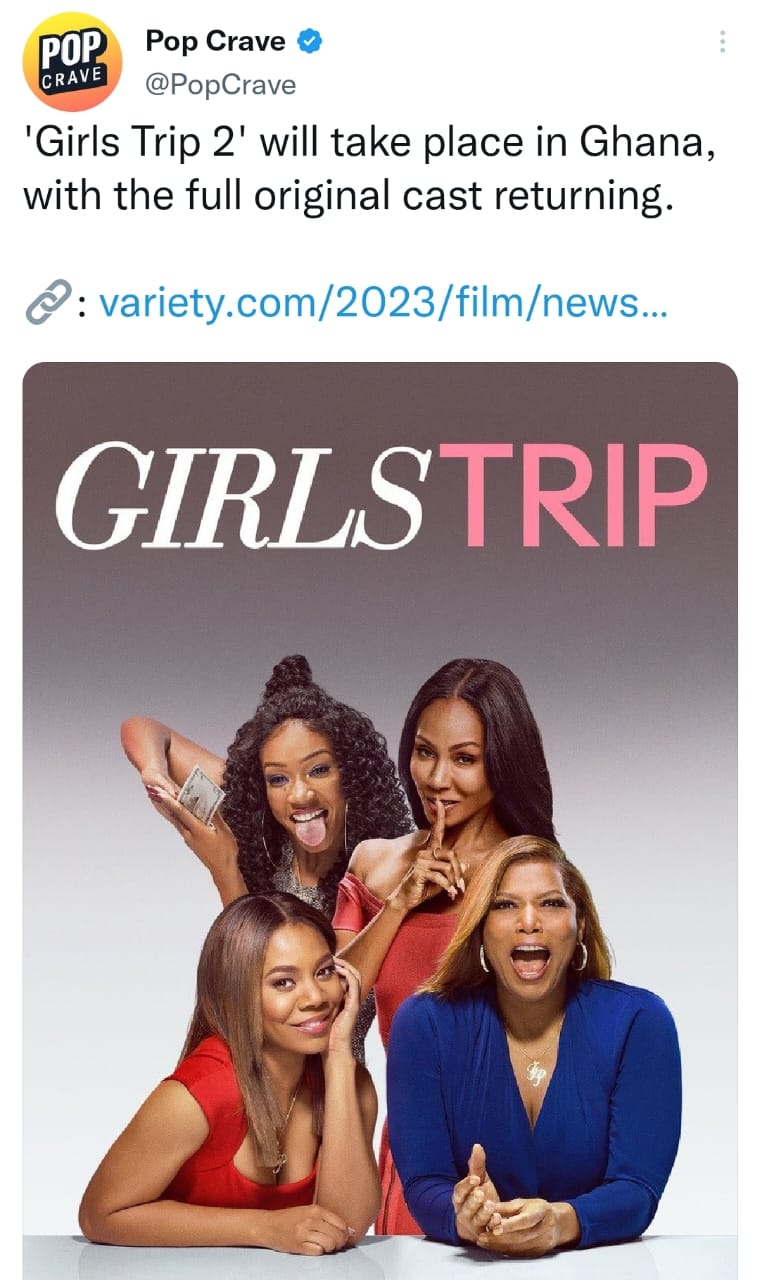 Previous NPP POLLS: I’M UNDERDOG BUT I WILL WIN – Kennedy Agyapong
Next COVID-19 WAS A LOOT AND SHARE OPPORTUNITY FOR GOV’T – Haruna Iddrisu