Michy wished Shatta a happy birthday with a slide of some throwback photos of them when they were together, with the caption “From fake chains to owning lanes.. a birthday worth celebrating no matter how mad I am at u .???????????? happy birthday @shattawalenima‘stripper treats‘ will be at your gate at 11:30 pm. All paid for, nuh worry????????”

After Michy’s birthday wish to Shatta, fans were expecting to see her at the birthday party but she was missing in action.

A fan questioned Michy on social media as to why she didn’t attend her baby daddy’s birthday party and even accused her of lying to them.

The fan wrote: “Mum you lie to us yesterday you told us you will be coming to the birthday party. You didn’t come you didn’t come. I am mad at you”.

Michy replied: “Don’t say what you don’t know. We don’t go where we aren’t invited” 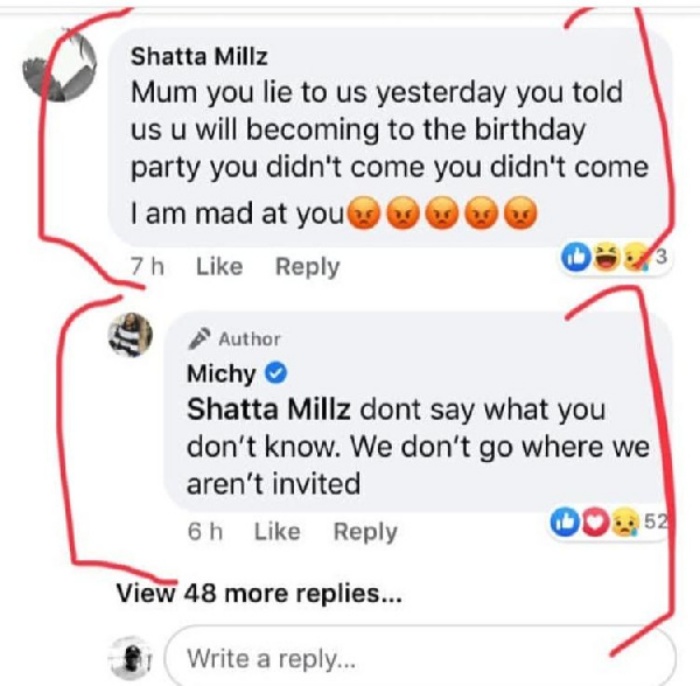