“MAKE YOUR MOTHER YOUR ROLE MODEL AND NOT ME”- Princess Shyngle 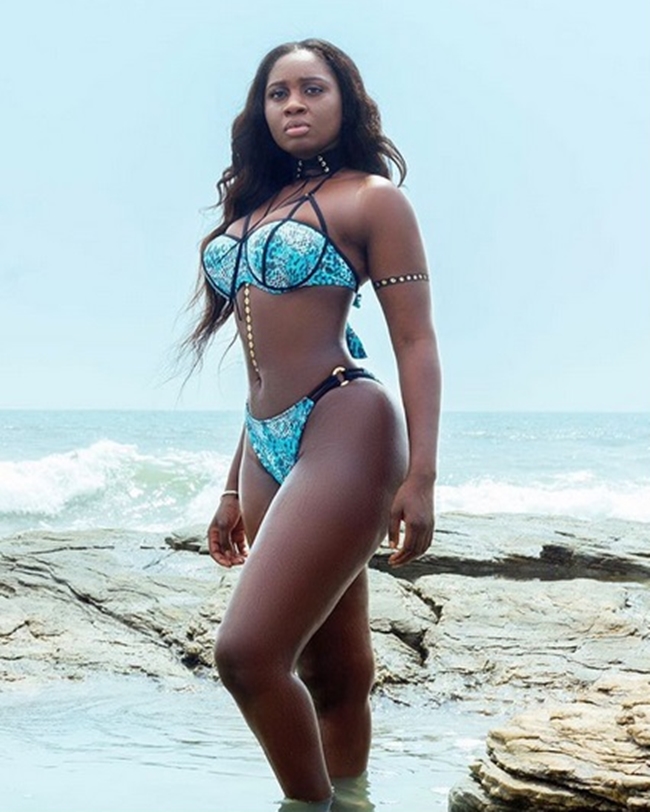 Curvy Gambian actress based in Ghana, Princess Shyngle has stated emphatically that she has no intentions of mentoring anybody or being anybody’s role model with her life

Princess shared a hot bikini photo on Instagram with a lengthy caption expressing how she is being herself with every single activity of her life and not to impress anyone.

The ‘Why Should I get Married’ star explained that she’s only on this earth to finish up with her talent, make money and have fun doing what she was born to do and has urged her fans to get ready with their timelines being filled with “bikini” photos and memorable moments of her.

Read her full speech below:

Princess Christian Shyngle co-produced, wrote and starred in “Why Did I Get Married” together with Rapper D.Black. The movie was a huge success and we got six nominations at the Ghana Movie Awards, and eventually won one. She has a decent educational background, the actress has majored in IT, Business and Marketing from the Gambian Business College and worked with beverage giants, Coca-Cola.

Princess Shyngle (born December 25, 1990) is a Ghanain-base-Gambian international actress who’s beginning to create waves in Africa, but many people see her as a Ghanaian Actress. Princess was born on 25th December 1990 in Banjul to the family of Deputy Mayor of Banjul Mr Winston Shyngle and her mom Ramatoulie Cham is a business woman.

She did her primary and secondary school at Ndowa Comprehensive, but her interest in acting started while she was working and a friend called and told her that Nollywood producers are in town looking for an actor to represent Gambia in international reality show called The Next Movie Star Africa and asked her to give it a try, which she later came second in the competition in the whole Africa. Now she’s studying film directing at Accra film school. The movies she has featured in include: Why did i get married.