photos: RAPPER KOFI MOLE STUNS WITH HIS SON AT 2020 VGMAs

Share
Ghanaian hip-hop star, Edward Kofi Agyemang Amoah, known by the stage name Kofi Mole, has surprised many of his fans and with a first time outing of his young son.
On August 29, 2020 during the just-ended 2020 edition of the Vodafone Ghana Music Awards, the Don’t Be Late singer appeared on the Red Carpet with his cute young man who was dressed in the same outfit as his celeb dad. Mini Kofi Mole was seen following in his dad’s footsteps and did not want to be left behind.
Kofi Mole held his son close to his chest and did not even want to let him go. It can be said that the superstar dad of the young Mole was so proud of his son and he wanted the whole world to see it.
Kofi Mole appeared for the awards event wearing something that appeared like an African customized suit and his son was also wearing something similar.
The 21st Edition of the VGMAs was filled with many performances and surprises in terms of award recipients.
Kofi Mole’s Don’t Be Late was adjudged the Best Hip Hop Song Of The Year at the music festival. A number of awards went to newbies with the ultimate and coveted Artiste Of The Year going to Lynx Entertainment star, Kuami Eugene.
See photos below: 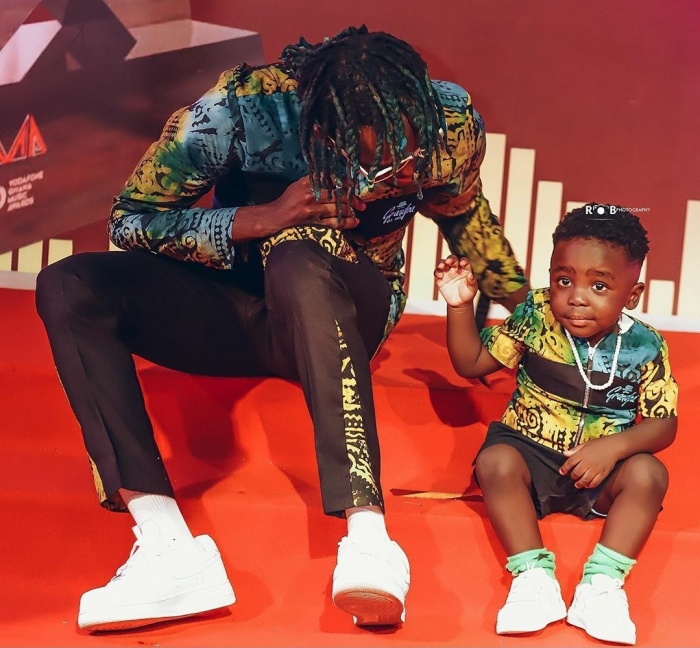 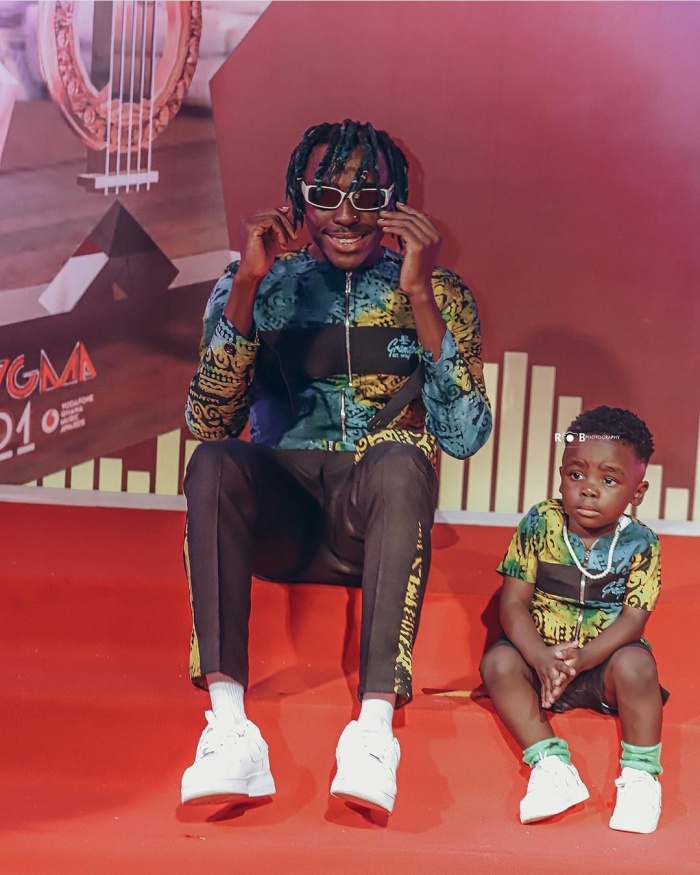 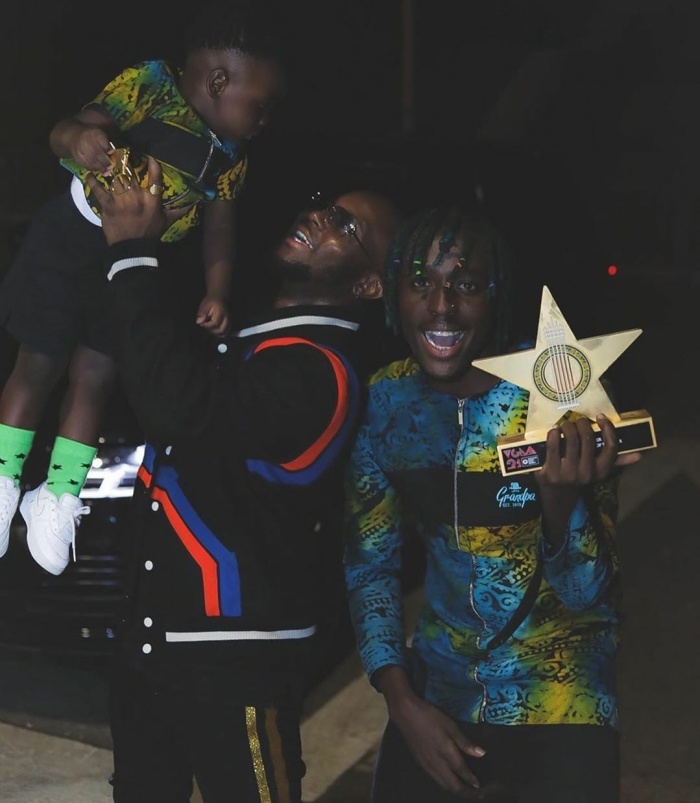 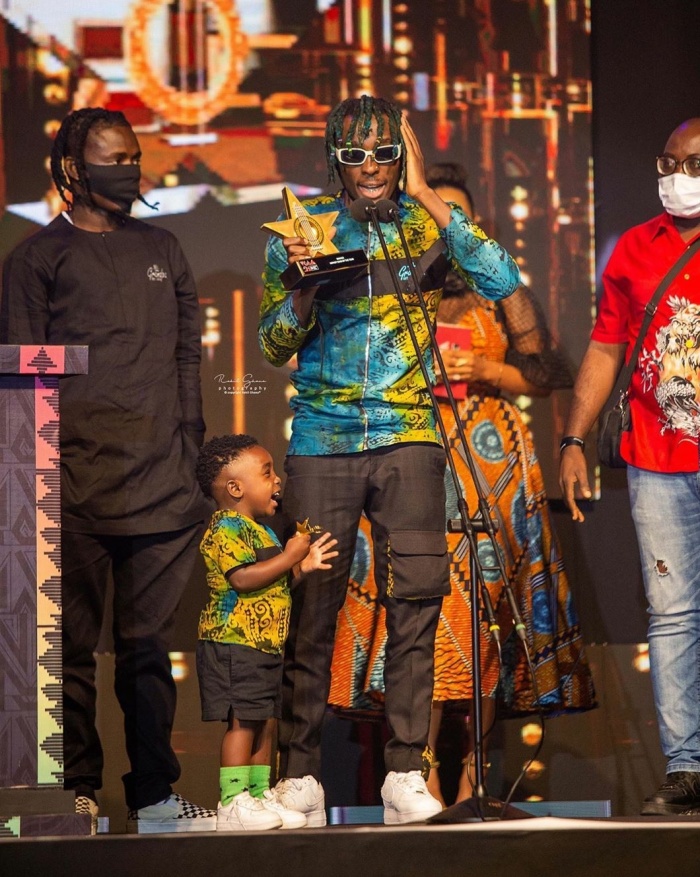 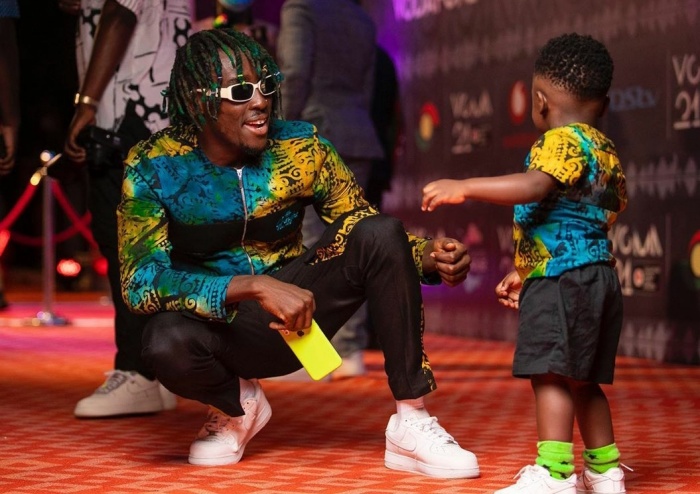 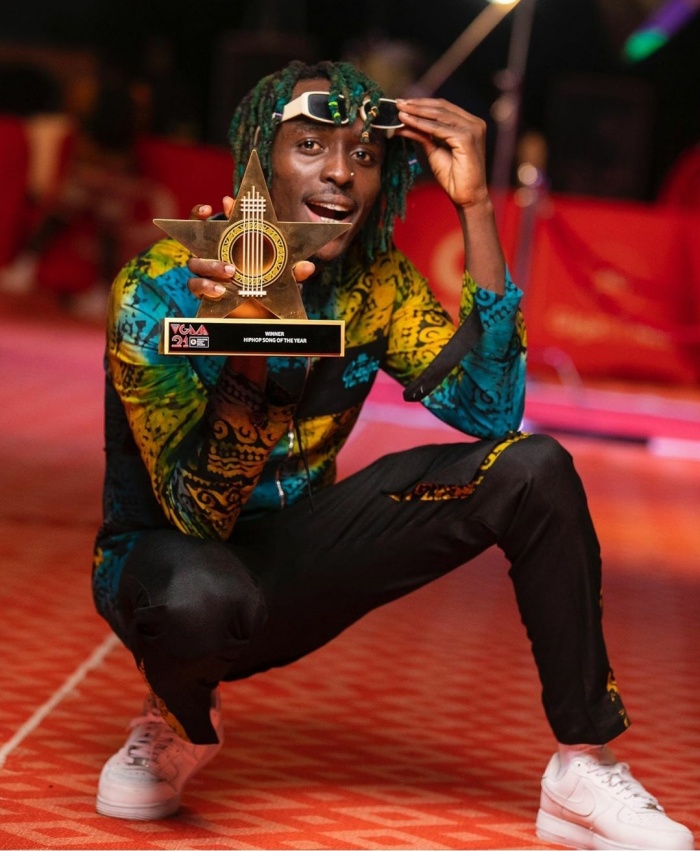 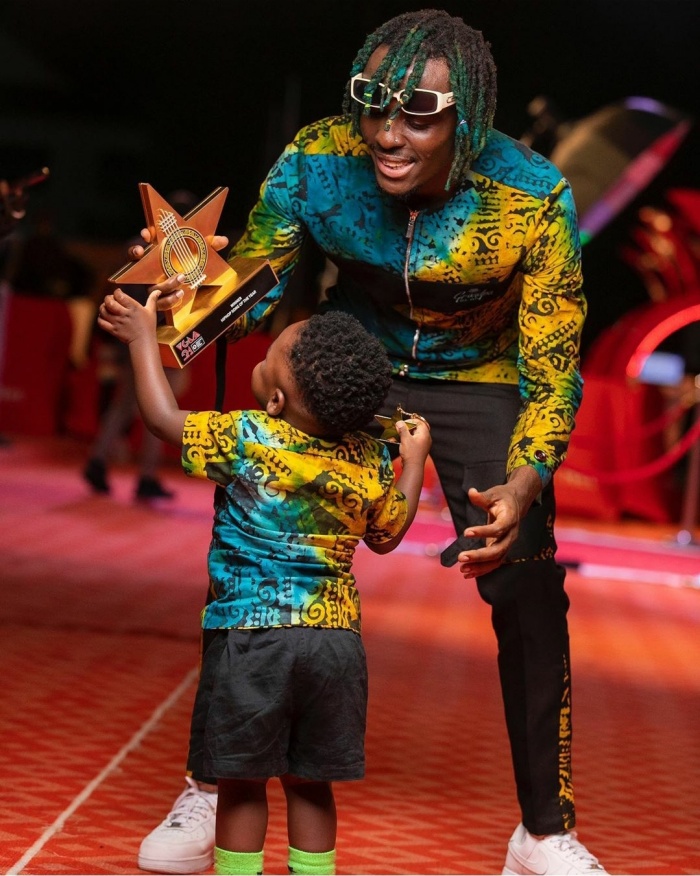 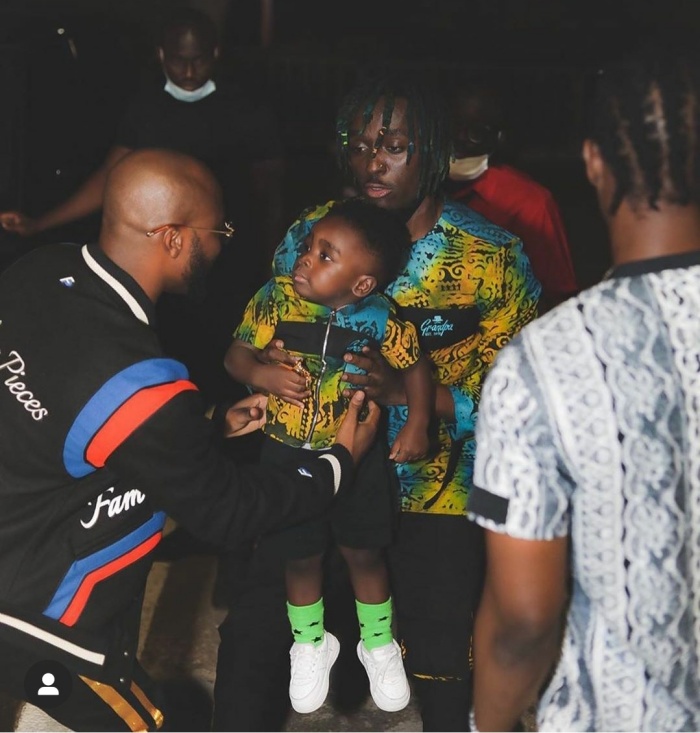 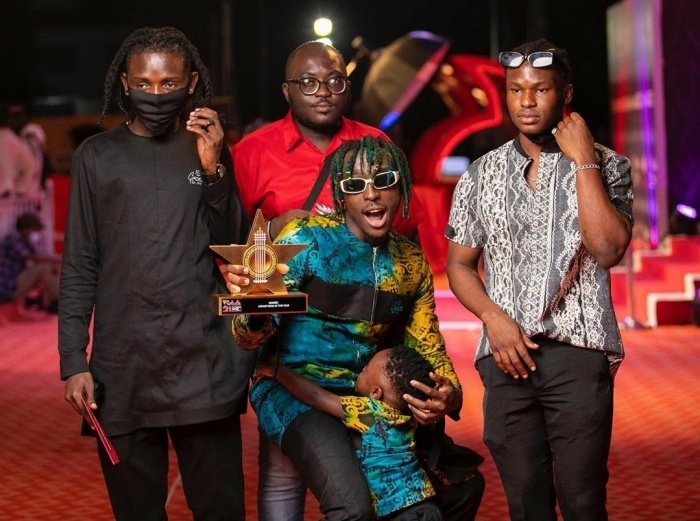 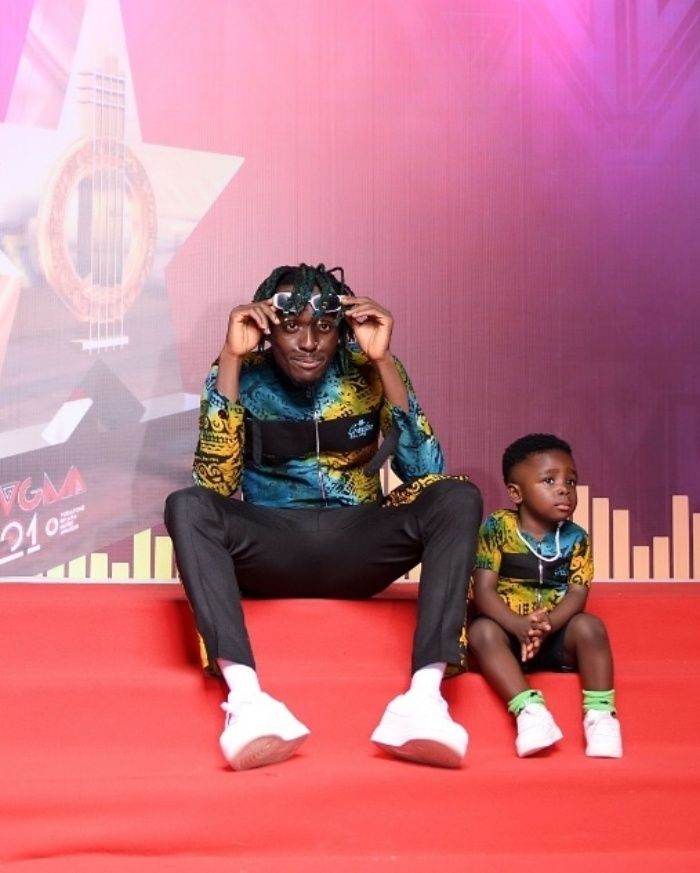