It was a devastating and heart-breaking moment to witness when the late father of popular Ghanaian actress and socialite, Akuapem Poloo, was laid to rest on Saturday, August 21.

A series of photos the video vixen and businesswoman shared on her IG platform, Akuapem Poloo and her mother could be seen letting out their emotions freely as tears flowed like a river.

Sharing some moments from the funeral, Akuapem Poloo born Rosemond Brown cried out that the loss hurts and she pained because she could not do the things she planned for her late dad.

Poloo captioned one of the photos she shared thus; 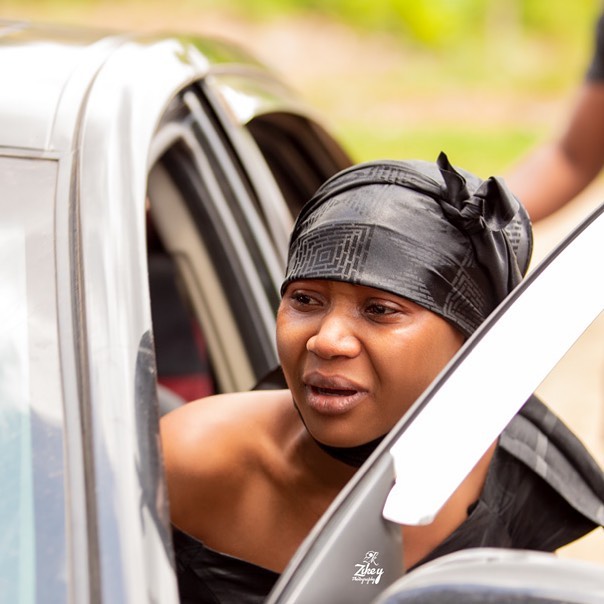 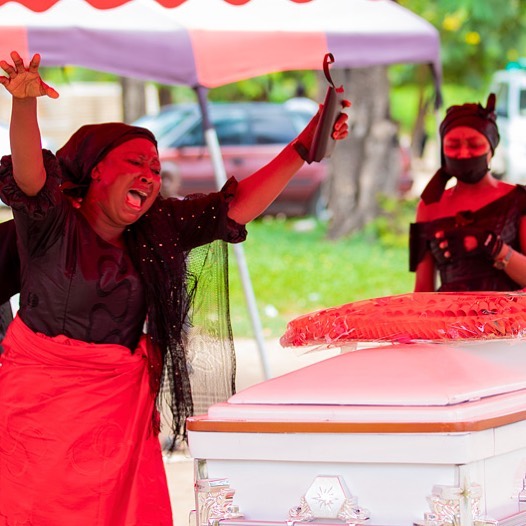 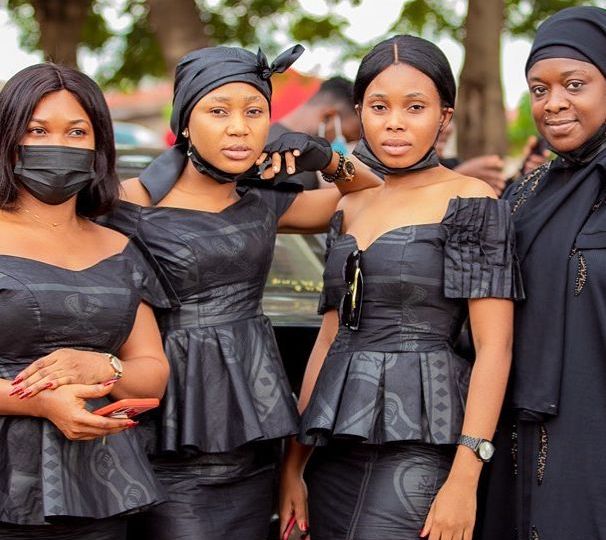 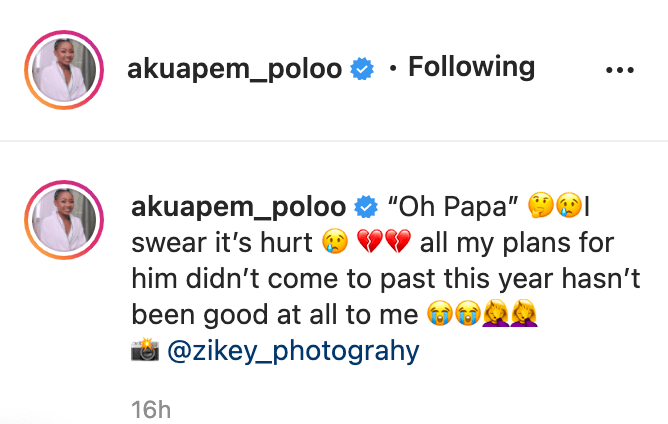 MY MUSIC CAREER CAUSED ME TO LEAVE HOME – Kofi Jamar