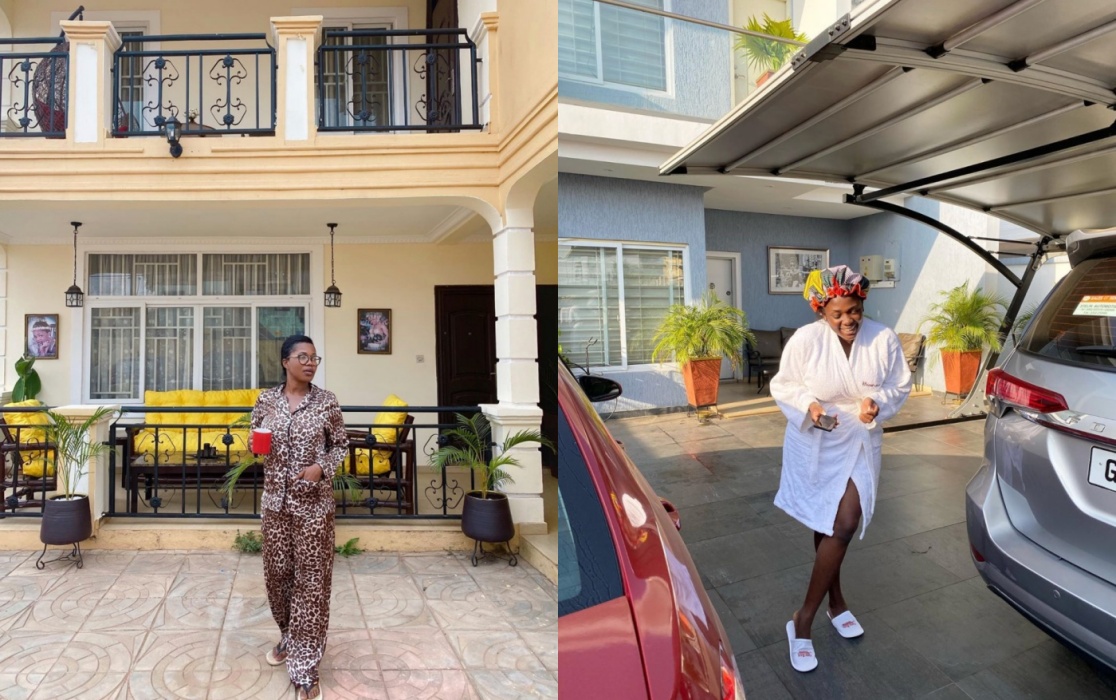 Award-winning Kumawood actress, Tracey Boakye, is leaving no stone unturned to prove her wealth and worth over singer Mzbel in their ongoing beef.
not resting on her laurels in her social media war with award-winning musician, Mzbel.
In a new video posted on the IG page of Nkonkonsa, Tracey Boakye dared Mzbel to prove her riches by posting a new house and a new car. Tracey Boakye added that Mzbel’s failure to do so would confirm the assertion that the she was so poor and is useless as well.
Tracey said she has given Mzbel up until Monday to post her new assets (Car and house) to prove her wrong. Among many other things, Tracey Boakye indicated that Mzbel was trying to be in a competition with her by replicating whatever she does in her home.
Boakye said in the video that Mzbel copied and pasted everything of hers including the decorations in her home.
Tracey then went on to describe the 16 Years singer with unprintable words and added that she was too old to be in competition with her.
Tracey Boakye noted that she dates only well-to-do men who can take care of her and provide all her needs.
She went on to add that she uses the money she gets from her relationships to acquire properties for herself, unlike others who date without making any money.
Mzbel and Tracey Boakye have been in a hot social media banter with each other over what is believed to be an issue of ‘two ladies dating the same man’.
Source: NKONKONSA.com