“THE PRESIDENT IS MY GUY”- Shatta Wale 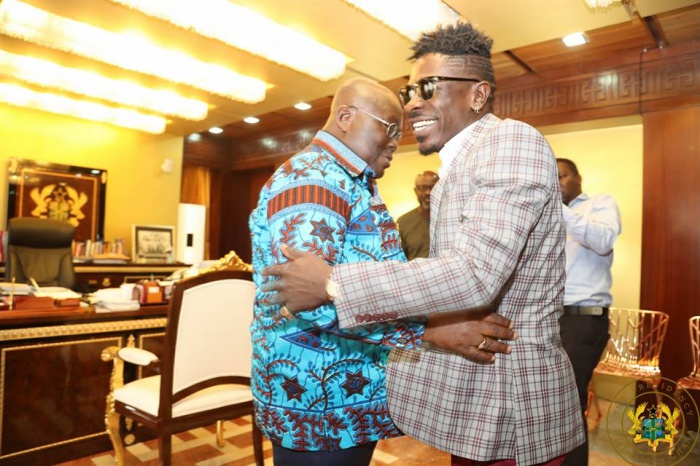 Shatta in an interview on the ‘Total Showbiz’ segment of Okay FM’s “Ekwansodwoodwoo” drive time said, “Right now the President is my guy, he is my guy! Call him and when you call him you can even speak pidgin with him”.

The “Taking Over” hit maker visited the Presidency Wednesday November 1, 2017, after the President extended an invitation to him, on his birthday.

President, Nana Addo Dankwa Akufo-Addo on Tuesday October 17,2017 night took to Twitter to wish Shatta Wale a happy birthday in Pidgin English. The viral tweet also sent an invitation to the Shatta Movement leader to visit the seat of government.

President Akufo-Addo tweeted: “Happy birthday @shattawalegh! You for come visit me for Flagstaff House o!” and Shatta has finally honoured the president’s invitation.

Shatta Wale also mentioned in the interview that he told the President to support and help grow the music industry and creative arts sector in gerenal, when he had an opportunity to speak personally to the president during his visit.

Listen to the full interview below: